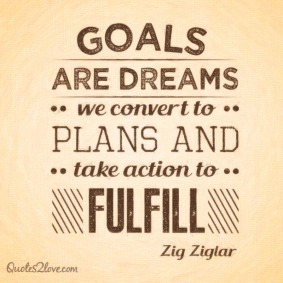 The illness ate year after year of my life, but now I understand that it doesn’t have to get a free pass to destroying me. I say this although I suffered for years of feeling like I was being ravaged from within. I can remember doing things, thinking things, and feeling emotions that were bipolar even when I was a young teen.

My poor mom. I was a devil to live with growing up. My depression often expressed itself as vicious anger. She tried to help me. She knew something was wrong. Some of the things she tried included counseling, religion, hypnotism, and sending me to live with relatives for the summer hoping that they could get through to me. Nothing helped. I once tried to kill my brother by bouncing on his chest till he turned purple. I only stopped because I knew that I would get in trouble if I actually killed him.

I knew something was terribly wrong with me. In high school I started actively searching to help myself I started going to church and there began chasing hard after God for the next 25 years. During my most devoted years I attended a Bible college and earned a bachelor’s degree.

Many of my symptoms of bipolar disorder presented looking very much like sin. I couldn’t stop being bipolar and I couldn’t stop the “sinning”. No one knew I was sick and even if they had, I don’t believe they had the tools to help me. At one point some of the missionary staff tried to cast demons out of me.

Years later when I was a single mom and had left religion far behind me I no longer felt like a condemned sinner. Having that weight lifted off my shoulders did a lot to enable me to get out from under some of the self-created depression and condemnation. I had been obsessed with trying to stop sinning and all I succeeded in doing was make my condition worse.

I suffered and slowly died inside as I impacted my three young children with the violence of my inner turmoil. I said things, I threw things… I did a lot of things I wish they had never experienced.

I learned about success teacher Tony Robbins on an infomercial and began on my quest to be successful. I hoped that “success” would give me the strength to not give in to the urges of my illness. I thought that if I could be successful, I could be in control of myself. If people could use these principles to get rich, maybe I could use them to be successful in controlling my bipolar. I ordered the material he was selling and set to work enthusiastically doing the 30-day program.

I’ve worked for years to follow certain success principles. I’d go for long periods of time when I forgot about them especially when I was depressed. The illness is still with me, my companion for life.

Today, I believe I’m successful. I’m doing what I love every day. I’ve taken the additional success materials of Napoleon Hill and Clement Stone and found that I could have a purpose for my life, regardless of who I am, and I found principles to help me achieve it.

These principles help me get up in the morning and do things that I know will fight my depression, my mania and all that lay between so that I can function and keep chasing my goals and be successful. I refuse to lose to my illness. I may have setbacks when the illness does overtake me and I will tell you that for many years I lost the fight against it and realistically I will probably have times when I feel I’ve lost to it in the future. Right now, I’m taking my life back. That’s why I blog. It is one way I’m taking back my life back.

I still have to take chill pills daily along with all my other meds. I’m not anywhere near perfect or even functioning at my best. But, when the hill has been climbed and I’m back among the living I still have my purpose to drive me. I’d like to say it’s a reason I get up in the mornings, but I’m not there yet. Yet.

I have a magnificent obsession I’m focused upon. I have goals and dreams that I am working on so that they will come true. I believe I can be even more successful than I can possibly understand today.

I have Bipolar Disorder and I’m amazing.

4 Things I Never Wanted to Know About Bipolar Disorder