I don’t know if you’re ever looked up and seen a giant swordfish in your face, but I have. Just now in fact.  Right there. Staring at me. You know how I mean, that dead fish sort of stare, looking… well no where actually.

I’m sitting in the colon doctor’s office waiting. With that… fish.

You know there just isn’t anything like a dead swordfish in your face to snap things into place.

It is Monday.  I don’t personally have anything against Monday’s… but perhaps I should. I mean it’s been a Friday the 13th sort of day and its only 11:15 a.m. Geeze.

3:30 a.m. I finally beat my back pain down enough to sleep, for 2 hours. Then I had to pee. I realized my kids were still asleep so I got them up. They were late.

Earlier, after dropping the second kid at the bus I was about to turn at a light and pull out on the highway… I noticed cars stopping very abruptly just after the intersection I was about to enter. Crash! Breaking glass and the sound of metal smushing. Wow.

Two hours later I looked for hidden colon place else. Located. Found swordfish staring at me.

This was my day before noon.

Confused much? Yeah, it happens a lot especially if I don’t slow down and do some fast self editing on the fly.

I’m home now and it’s after dinner. The sun is dropping behind the swamp and trees across the drive and the kids are out and about. Bailey, the Heeler pup we have, us searching deep in the lawn for… um… I have no clue. I do know it requires that one’s nose be shoved as far as possible in through old the mossy grass and snorting very loudly. Honestly I suspect the snorting is what’s the draw here.

I wonder what kind of bird is making that nutty bleeping noise.

I’ve unwound Bailey from the basketball pole thingie where she tried to truss herself up like a pig. Like what?

I’m home. Still gonna have that “free” colon exploration on Friday. Still waiting for the younger two kids to get home. Waiting for the eldest to fix her phone and answered my bloody texts. It’s been a busy day. My back only really got my goat about 64% of the whole day (I’m being generous).

I’m not that damn swordfish.

Time to go in. Getting a chill out here.

This is my first post from my new phone. Gotta love that. 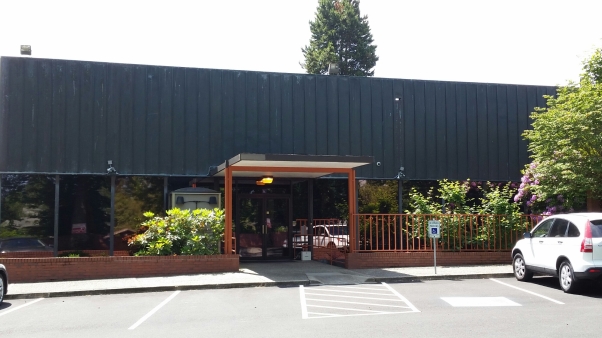 4 Things I Never Wanted to Know About Bipolar Disorder

The Stress Monster Is Melting My Brain – Today Sucks… Wonder Why?