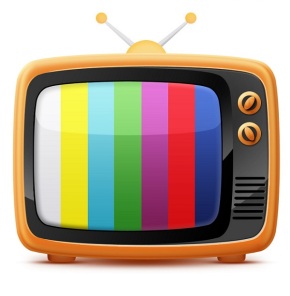 I want to believe that although I have Bipolar Disorder, depression, GAD, PTSD, ADHD and so on I can still be successful.

I want to live an active and full life. Much of the time I convince myself that I can’t do that. I look at my situation and I conclude that if I haven’t started living by this time in my life, that maybe I won’t ever have the life that I want. It’s tempting to fail myself and believe that.

One of the reasons that I sit static in my living room and don’t try to actively change my life is that I watch TV all the time. It is on all the time. I used to listen to music. Now it’s just the TV. As long as I have that continuous stream entering my brain I don’t use it for anything else. It’s so easy to be a spectator.

During school I finally admitted to myself that I was having a hard time doing my homework because it was on all the time. As much as I’d like to think that I can focus effectively on other things while the it is on, it isn’t true.

It’s hard to turn off the TV. It’s my companion. Right now, remarkably, it’s off. I’m listening to classical music on my phone. I’m trying very hard not to watch one of the many shows I have DVR’d. I’m practicing having it off so when school starts next week I’ll be more likely to switch it off while I’m doing homework. I’m sure that I’ll have an easier time doing the work if the TV isn’t invading my brain.

I’m finding that I’m having a hard time with this post. It feels disjointed and awkward. Maybe that’s because my companion is silent and I can really hear what I’m thinking. Maybe. I’ve been thinking about having the TV off for some time now. I’m impressed with myself that it is off. There is so much more interesting and important stuff for me to feed my brain with than TV. I’m not saying TV is bad. I’m just saying that when it is the only thing going on in my head it’s a problem.

A man (I can’t recall who) wrote that he used to go into a room every day with a pen and paper and shut himself inside and just think. He didn’t see people; he didn’t read anything. He just thought. I remember when I first read that I thought it was an amazing idea. I practiced it for a while, then, I went back to filling my brain with static.

I don’t make New Year’s resolutions. I know I wouldn’t be able to keep them so I don’t make them. However, right now seems like a good time to change my behavior. I’ve pinpointed a problem: I don’t think. I listen to the TV.

Napoleon Hill (1883-1970) wrote: “What the mind can conceive and believe, it can achieve.” I’ve always liked that quote. Thinking… that’s a problem. My medications help a lot. Counseling has helped too. My counselor has helped me identify problem thinking and correct it. (Napoleon Hill quotes)

What’s next? Well, my brain is full of what I put into it or what I allow to be put into it. I allow someone else to put their content in it the whole time the TV is on, which is most of the time I’m awake.

The solution seems easy doesn’t it? Turn the TV off. Easy.

Right now… the TV isn’t off.

I’ve learned a lot. Time to change. I should turn it off. I should–

The Stress Monster Is Melting My Brain – Today Sucks… Wonder Why?

My Bipolar Brain is the Not the Typical Brain. Is Yours?

Everyday Life and Bipolar Disorder – How to Thrive