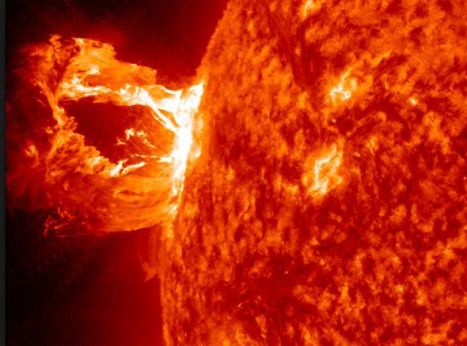 Now that I’m taking 120mg of Latuda again I can consider the signs I was having that I was going into a crisis. I believe it’s important for me, for everyone, to know what happens before we reach a full-blown disaster so we can take precautions and get help early. That said, I recognize that it is often difficult if not impossible to tell when we’re slipping. It’s like standing on a beach when the tide is out. You’re talking to a friend or looking at the beautiful water or a sunset. You’re not paying any attention to your feet, which is unfortunate, because your feet have been slowly sinking into the sand. Now, when you try to move, your feet stick and you fall on your face because you didn’t realize what had been happening while you weren’t paying attention.

The biggest sign that I’m crashing is that I lose my temper violently and in an instant. Most of my life I have been consumed with anger and ill temper. It has kept me from getting to know my family. My father, who is gone now, was as bad tempered and mean with me as I was with him. We reacted to each other like lighter fluid on a bonfire. I believe that he also suffered from Bipolar Disorder.

In addition to a catastrophically hellish temper I was angry all the time. I don’t mean mad. I mean angry like I wanted to hurt someone. My adrenaline was (and is) on all the time. To this day my muscles are hard as rock, cocked as if to lunge into flight or fight. Even after a massage my musculature remains as solid as steel. I never relax.

Over the years I’ve taken medications that cause my face, my jaw in particular, to violently jerk and I can’t talk. I look like I’ve got a massive tick in my face and I sound like I’m hiccupping. Now, when I’m stressed, the tick comes back. As a matter of fact, I’ve been having it happen daily now even during Christmas vacation when I don’t have the pressures of school work. It really frustrates me. It’s so remarkable that people stop talking and stare at my face. It stops conversation dead.

So this time, when my temper soared uncontrollably and I saw my family react to my words as though they’d been slapped, I realized I was in trouble. I thought I was just feeling my temper returning. I felt like I was keeping it under control. I didn’t realize others noticed it until we were celebrating Christmas Day at my brother’s house and I was talking to my daughter and her fiancée when suddenly Sydney stopped short and looked at me as though I’d just stabbed her. I shut my mouth fast. I knew I was in trouble. I had to stop myself from talking the rest of the day unless I was paying attention to what I was saying and how I was saying it.

My med provider and I had a backup plan in place incase reducing my Latuda to 80mg didn’t work. I was to return to the 120mg dosage immediately. So that’s what I did. I couldn’t wait until I was able to get back in to see her in three more weeks. I’m feeling much less volatile now.

I know it is rarely as easy a fix as returning to a medication that I already know works for me. It’s never that easy. This time was an exception for which I am grateful.

We, you and I, impact those around us. Our behavior doesn’t happen in a vacuum. We have a responsibility to control our behavior for our own health and for our family and friends. It’s funny that I say we need to control ourselves because that’s exactly what I’ve never been able to do. Not till I got well medicated.

The take away – be vigilant for signs of crashing. Then take action swiftly.

Legally Disabled, At Home, Unable to Work. And I FEEL GUILTY

Subservience to Stress: The Ruminating Robin